In a virtualized data center, SDN network controllers play an important role. The short version of what SDN controllers do, especially in a spine-leaf architecture, is to disseminate policies to switches. Datacenter switches use policies to determine how they direct traffic between servers and to the outside world.

Organizations can spend less on switches when using an SDN controller. With SDN network controllers, organizations can instead use switches that do not have expensive chipsets to intelligently route data. Without those chipsets, switches have less computational power but do not require as much computing power to function due to policies provided by the controller.

Load-balancing mechanisms can help avoid this by redirecting traffic overloading controllers to other network controllers.

Traditionally hardware-based functions are turned into software programs and then installed onto a device through virtualization. In a virtualized environment, the hardware is responsible for providing the resources that the network function software needs to operate.

Eventually, administrators may need to change the network’s policies for reasons of security, efficiency, or scaling. Administrators can make adjustments with unified management software, which provides network visibility and enables them to easily push updates and reconfigure infrastructure without physically interacting with devices.

With centralized management software, administrators can spin up more virtual machines in networking devices to handle the increased traffic generated by growing workloads.

In the network links, there is also aggregation and partitioning. Through network virtualization, it is possible to combine the connection mediums to increase bandwidth when needed when aggregating links. Link partitioning, on the other hand, isolates traffic from different sources or types of traffic. In addition to improving security, traffic isolation also helps in prioritizing traffic.

We help your company virtualize your networks through our Managed Datacenter Automation & Network Virtualization Services. Additionally to automating day-to-day management and monitoring, some companies are automating the entire workflow process for dynamic placement of workloads through end-to-end network virtualization. 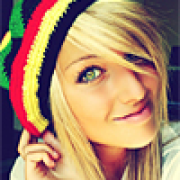 Neomi Rao is an Outreach Community Specialist for Managed Services Company which focuses on the latest trends of technology, small business needs. Her specialty lies in social media marketing and digital marketing.

5 reasons everyone should learn to code

How many solar panels fit on a carport?

How to Use Aco Wishlist plugin for woocommerce websites