Hootsuite and We Are Social have published a study listing the main digital statistics for the year 2021. Which have been updated with the figures for the month of July.

Increased by the health crisis, the use of social networks and the Internet, in general, continues to increase, with an increasingly predominant share of mobile traffic.

The direct consequence of an unprecedented period doomed to fade over time or the lasting evolution of a company destined to become 100% digital? Only time will tell, but by then the numbers speak for themselves.

Note: Statistics are based on a world population of 7.87 billion people and were updated as of July 2021.

Internet statistics in 2021: the key figures

4.80 billion: this is the total number of Internet users on the planet’s surface, the equivalent of 60.9% of the world’s population.

The use of social networks is also dominant in online activities:

However, e-commerce is not far behind:

Time spent on the Internet down slightly

In 2021, Facebook and its 2.85 billion users still lead the ranking, followed by YouTube with its 2.29 billion and WhatsApp with 2 billion. Behind this top 3, we find Instagram, Messenger, WeChat, and TikTok.

Faced with this digital activity, companies have every interest in betting on digital to grow and sustain their activity. Contact us for the creation and implementation of an efficient and tailor-made digital strategy for your business. 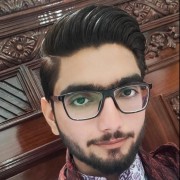 Top Reasons Why Should You Hire a eCommerce Website Design Company?

How Can I Write Well And Effectively On The Blog?

Reputation Management Companies Monitor What’s Being Said Behind Your Back