Then, I can give you good news! You can now have the benefits of an absolute feature-complete version of PHP. Yes, the new of PHP 7 is has been recently released.

It is enriched with a bucketful of cool features that made us pen down once more. Here are the amazing advantages of php 7 that you can’t ignore.

Let’s take a look at all these benefits of PHP 7 in detail. Dive in it!

It is not 6; it’s PHP 7. Isn’t it enough to excite you? PHP 5.6 had some disputes. So, the developers decided to remove the PHP 6 name for the upcoming releases. It was there earlier as an experimental project.

Still, it couldn’t reach the production phase. Now all the major releases will use PHP 7. So, there will be no probability of mixing up the earlier attempt.

The advantage that makes PHP 7 exceptional is a notable performance improvement. The developers have refactored the Zend Engine. Along with that, you will see an enhancement in memory usage optimization.

The outcome? You can execute your code faster by using PHP 7. Besides, you can serve the same number of users by involving fewer servers.

3. A perfect pick for online business

PHP M7 is a boon for e-commerce sites. The majority of the established digital businesses give credit for their success to PHP as they have immensely benefited from it.

This content management system ensures great performance and optimal utilization. If you are doing an online business, you must provide your potential leads with an excellent user experience. PHP 7 can help you the best in that.

Zend Engine works as the pillar for PHP. It has been playing its role successfully since 1999. Zen Engine was introduced with PHP for the first time when it was PHP 4.

It is an open-source engine written in the C language. Now the modern PHP 5. X series involves a more efficient Zend Engine.

It boosts the functionality of the initial engine and integrates an extensible object model. The result is a better performance of the language. PHP 7 comes with the latest version of Zend Engine that comes under the next generation code name.

PHP 7 allows you to get the benefits of anonymous classes. Anonymous class is already widespread in several object-oriented languages like Java and C#. Well, let us make it a bit clearer for you.

You can say it is a class that has no name. Anonymous classes instantiate a bunch of objects with the same functionality.

You will get the same syntax you used in old PHP classes here. It is only the name that is missing. They are very useful when it comes to increasing the coding speed. So, it saves your time. You will find it excellent when you need to use the classes only at the times of execution.

PHP 7 has a lot of benefits. Some of them we have mentioned above. Hope this list helps you gain some insights into why you should switch to PHP 7. But there are some less liked features of PHP 7.

Security On the security point, it is worth recalling that it will not be achievable for previous versions of PHP to receive protection fixes perpetually. Each version of PHP gets full authorization for two years, and after this, they get an added year of support during which only critical safety updates are available. After this point, the support is no longer available as it proceeds to support the new version of PHP.

Yes, it has a few demerits too. But, still, it’s better than other CMS. It is nowadays hugely used by website owners and PHP developers. And, they are loving it. What are you waiting for? Explore the goodness of PHP 7 and thank us later. 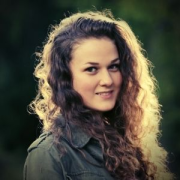 How To Boost Your Web Page Authority?

Orbi Purple Light | What Are The Methods To Fix This Issue