Fantasy gaming has been rapidly gaining popularity in India. The advent of different domestic leagues around the world has been hugely responsible for that. People across the country love sports and are not shy of turning that love into passion. They have an in-depth knowledge of the game they love, be it kabaddi or cricket.

Fantasy sports gives them the opportunity to use their knowledge and get rewarded in return. Though cricket remains one of the most popular sports in India and one of the genres that attracts the greatest number of fantasy sports lovers, the other fields haven’t been left too far behind. It would be a big miss for any sports fan to let go of the opportunity to play fantasy sports. To ensure that they do not miss out on the experience, a fantasy gaming app like Howzat is there for sports lovers to play online. It is one of the most popular and trustworthy fantasy cricket apps out there.

Learning the Basics of Fantasy Gaming

Cricket has always been a very exciting game for the spectators. Every time a wicket falls or a six is hit, there is a rush of excitement in the minds of cricket enthusiasts. The emergence of fantasy cricket apps and platforms has taken this excitement to the next level.

Let us take cricket as an example. Fantasy cricket involves selecting the best possible XI from the two teams participating in a real cricket match. Though you can pick players from both teams, fantasy apps keep a limit on the number of players you can pick from one team. It is mandatory to have a certain number of batters, bowlers, wicketkeepers and all-rounders on the team you pick. You also need to select a captain and a vice captain, who are going to win you more points than the others for the same performance. When the actual match starts, you score points depending on the performance of your players on the game field.

To get going, you just need to follow a few simple steps:

You score points depending on how your players perform in the match. The team scoring the most number of points ranks high on the leaderboard. By ranking high, you also stand a chance to win cash prizes in cash contests and leagues.

Using the Most Suitable App

There are a number of fantasy gaming apps available online. That is why you need to identify the best possible app that suits all your needs. The requirement is a user-friendly app that gives you plenty of contests to choose from. The Howzat app is a certified app that is trusted by players and cricket experts from all over the country. There are not only plenty of contests to choose from but also an infinite number of practice contests to test your skills. That is helpful for newcomers, who get the option of getting accustomed to fantasy sports before playing for real stakes.

Playing without any Legality Hassles

Fantasy sports has legal acceptance in the country. The Supreme Court of India has declared playing skill games for free as well as real money as fully legal.  Fantasy sports falls under the category of skill games as a player is only capable of winning a fantasy contest if they have good knowledge of the actual game and are able to apply their skills at the right time. Therefore, a player can keep playing without worrying about any legal repercussions. Though players residing in the states of Meghalaya, Andhra Pradesh, Assam, Odisha, Sikkim, Nagaland and Telangana are not allowed to play cash fantasy games, they can still utilize their fantasy skills and expertise to play free games.

The Bright Future of Fantasy Sports in India

With the popularity of different sports increasing every day, online fantasy game is going to get a huge boost. It is, therefore, certainly not something that you should miss out on. 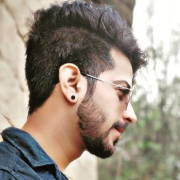 Why Shooting Free Throws Should Be Easy – How to Improve Them

How to Design Custom Volleyball Uniforms